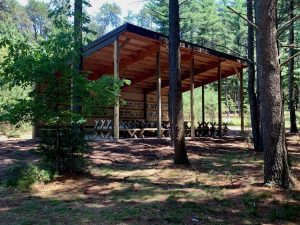 The Schafer Song Stage is host to :