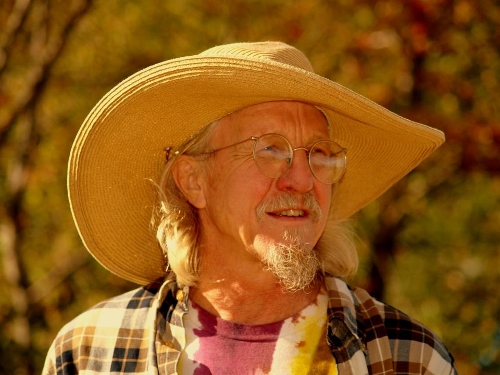 HARMONICA – BEGINNER/INTERMEDIATE LEVEL | Open to All Levels | Requirements: None
BRING A 10-HOLE DIATONIC HARMONICA IN THE KEY OF C (no chromatic harmonicas, no double reed harmonicas).
The basics: How to hold it, how to find the notes, how to play chords, how to play single notes.

HARMONICA – INTERMEDIATE/ADVANCED LEVEL
BRING A 10-HOLE DIATONIC HARMONICA IN THE KEY OF C (no chromatic harmonicas, no double reed harmonicas).
Playing simple melodies in first position. Playing bluesy stuff in second position. How to be a better harmonica player.

Peter Madcat Ruth has established an international reputation through his exhilarating, riveting virtuosity on the harmonica. His expertise on this instrument has amazed audiences world-wide. He is equally at home playing blues, folk music, jazz, country, or rock and roll. Performance Magazine refers to him as “A harmonica virtuoso who is rapidly approaching legend status.”

Madcat’s music has been evolving for over 50 years. It started in the Chicago area in the early 1960’s, with Madcat playing folk/blues on ukulele, guitar, and harmonica. By the late 60’s he had immersed himself in the Chicago Blues and was studying harmonica with Big Walter Horton. In the early 70’s Madcat moved to Ann Arbor, Michigan where he was a key presence in two of Ann Arbor’s finest progressive rock bands: New Heavenly Blue and Sky King. By the mid 70’s Madcat was touring the world with jazz pianist Dave Brubeck. In the 80’s, Madcat went solo infusing the folk/blues tradition with elements of rock and jazz. In 1990, Madcat teamed up with guitarist/singer Shari Kane to form the duo Madcat & Kane. For nearly twenty five years they toured nationally and internationally. And In 1998 Madcat teamed up with Chris Brubeck to form Triple Play and also started performing with Big Joe Manfra in Brazil.  Finally, in 2012, teamed up with Drew Howard, Mark Schrock and Michael Shimmin to form the Roots/blues quartet called the Madcat Midnight Blues Journey.

Madcat’s experience is extensive. He has been an invited guest performer at many harmonica festivals in North America, South America, Europe and Asia. His harmonica playing is heard on over 100 CDs and LPs. National television and radio appearances, symphony orchestra performances, radio and television advertisements, and harmonica workshops all attest to Madcat’s reputation as one of the best and most versatile harmonica players in the world.

Madcat is more than an expert musician. He is also performer who has such a good time playing music that audiences, ranging from pre-schoolers to senior citizens, delight in his performances. His enthusiasm is unpretentious and contagious.  madcatmusic.net