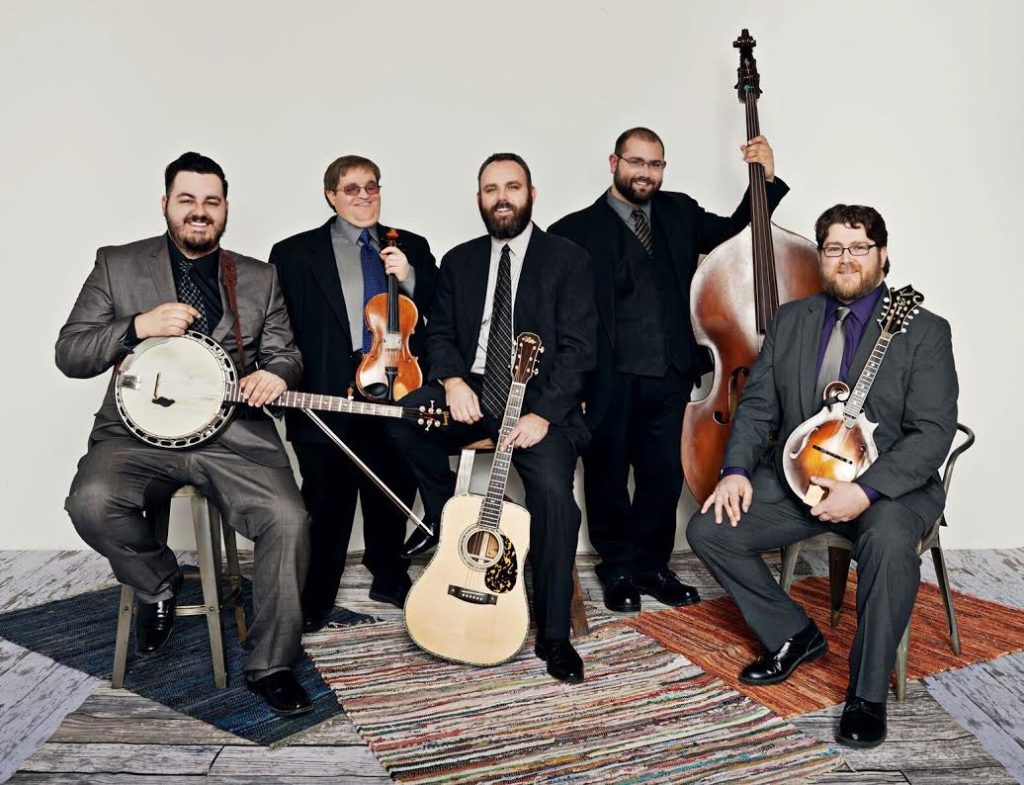 About the BandPraiseVideosFestival Schedule
Michael Cleveland is one of the premier bluegrass fiddlers of his generation and, with ten International Bluegrass Music Association (IBMA) Fiddle Player of the Year awards under his belt, he is the most awarded and celebrated fiddler in the history of the music. Cleveland plays with so much fire, drive and virtuosity that audiences are often left shaking their heads in amazement. Together with his band Flamekeeper (four-time IBMA Instrumental Band of the Year Award winners) Cleveland delivers some of the most powerful, exciting and authentic bluegrass you can find.

The Atlanta Times gets down to the brass tacks of it; “Cleveland is as versatile as they come, but when it comes to straight-up bluegrass, whether it’s a ‘bootstomper’ or a high-and-lonesome lament, his peers are few and far between.” Clearly, this fiery fiddler’s story is just beginning and Michael Cleveland and Flamekeeper’s future preserving and innovating the bluegrass tradition has never been brighter.

Michael Cleveland - Vocals, Fiddle
Considered one of the premier bluegrass fiddlers of his generation, Mike picked up a fiddle at age four, and his talent was recognized early. In 1993 he was chosen to be part of the Bluegrass Youth All Stars at the IBMA’s award show. Later that year Mike made his Grand Ole Opry debut as a guest of Alison Krauss. His list of guest apperances over the years is a who’s who of bluegrass legends including Bill Monroe, Jim and Jesse, Ralph Stanley, Mac Wiseman, Doc Watson, Larry Sparks, Doyle Lawson, and J.D. Crowe. After high school Mike briefly toured with then-named Dale Ann Bradley and Coon Creek before joining Rhonda Vincent and The Rage in 2000. At the 2001 IBMA awards, Mike took his first Fiddle Player of the Year award, and shared the title of Entertainer of the Year with Rhonda Vincent and the Rage. In 2002 Mike rejoined The Dale Ann Bradley Band. That year he won the Fiddle Player of the Year award and again in 2004. Mike’s first project as a Rounder recording artist, “Flame Keeper,” was released in February 2002 and was chosen the IBMA’s Instrumental Album of the Year. In 2004, Mike shared the Instrumental Album of the Year award with Tom Adams for “Tom Adams and Michael Cleveland Live at the Ragged Edge,” an album of fiddle and banjo duets. In September 2006 Mike took home his fourth Fiddle Player of the Year Award from the IBMA, and his second solo album on Rounder Records, “Let ‘Er Go, Boys!,” won Instrumental Album of the Year. A year later, in 2007, Mike won his fifth fiddle player award and has won it every year since for a total of ten, making him the most awarded in that category. Today Mike is a sought-after guest and has performed with Vince Gill, Marty Stuart, The Mark Newton Band, J.D. Crowe and the New South, Audie Blaylock and Redline, Melvin Goins and Windy Mountain and The Wildwood Valley Boys. He is also an active studio musician, and his credits include the 2005 GRAMMY-nominated “A Tribute to Jimmy Martin: The King of Bluegrass” and a 2003 GRAMMY winner, Jimmy Sturr’s “Let’s Polka ‘Round.” Mike lives in Charlestown, Indiana.

Nathan Livers - Vocals, Mandolin
Originally from Louisville, Kentucky, Nathan Livers has been engulfed in music his entire life. From his grandpa’s claw-hammer banjo playing to the sounds of Bill Monroe and the Stanley Brothers on the turntable, bluegrass music is in his blood. Inspired by Bill Monroe’s mandolin style, Nathan picked up the instrument at the age of ten and learned a few chords and melodies from his father, Bill Livers, whom he credits as being the driving force behind his learning to play. Now making his home in Charlestown, Indiana, Nathan has played in such bands as The ‘Get Down’ Bluegrass Boys with Michael Cleveland, Charlie Lawson & Oak Hill, Gary Brewer & the Kentucky Ramblers, Tony Holt & the Wildwood Valley Boys, and a Louisville-based bluegrass band, Storefront Congregation, that featured Nathan’s songwriting on its 2011 release “Kaleidoscope.”

Tyler Griffith - Vocals, Bass
Tyler comes from a musical family — his mother and uncle were part of a family bluegrass band that his grandfather ran in the 1970s, and his father is an accomplished pianist. Although he sticks to the upright bass with Flamekeeper, he also plays guitar, mandolin, trumpet and piano. Tyler’s influences from the bass world include Barry Bales and Edgar Meyer. He’s a former member of several regional bands playing in Indiana and Illinois including Vicki & Crew, Penn Central, and Grand Central. Tyler was raised in Avon, Indiana, where he lives today.

Joshua Richards - Vocals, Guitar
Joshua Richards grew up in the small rural community of Leota, Indiana. His earliest influences were his father Steve and brother Jason who taught him how to play and sing bluegrass music. While completing his degree in corporate and organizational communication at Western Kentucky University, Joshua played upright bass with the Farewell Drifters. After graduation he joined Old Louisville Express on guitar and played primarily around the Louisville, Kentucky area. Joshua was most recently a member of Blue River, the 2008 Society for the Preservation of Bluegrass Music of America band contest winners. Blue River produced two albums — “Kentucky Girl and Me” and “Outside of Nowhere.” He played guitar, sang lead and tenor vocals, and contributed several original songs to the albums. When Joshua isn’t playing music he watches movies, plays golf, goes sailing, and spends time with his friends and family.

Cody Looper - Vocals, Banjo
Raised in a musical family in Anderson, Indiana, Cody Looper started playing guitar when he was 9 years old and eventually joined his first band alongside his father. Soon after, Looper began playing mandolin and eventually banjo, cutting his teeth on the musical genius of Earl Scruggs. Looper spent the subsequent years playing in various groups and most recently with Blue Mafia. Looper credits his time with Blue Mafia as an opportunity to grow as a professional musician and says he owes his banjo technique to the influences of many talented musicians such as Tony Wray, Avery Perry, Ron Stewart, Jim Mills, Ron Block, J.D. Crowe.

It’s obvious he was destined to become one of Bluegrass Music’s contemporary stars. Boston Globe
Michael Cleveland’s fiddle sounds like a freight traingoing fast downhill. The playing is tight, but there is a looseness to the way it is played that makes it so fun!! The Sound Less Heard
Michael Cleveland is a 10-time winner of the IBMA Fiddle Player of the Year award. He doesn’t need folks like Barry Bales, Sam Bush, Jerry Douglas, Paul Franklin, Andy Statman, Vince Gill and others to make his new record FIDDLER’S DREAM sound great. He has them, though. And that’s pretty all right too.” Nelson Gullett, Music Director, WDVX