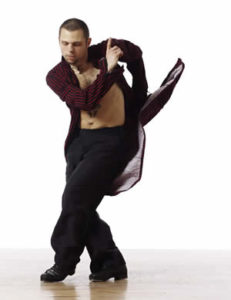 Max Pollak is a Bessie Award nominee 2011, 2010 Individual Artist Grantee of the Northern Manhattan Arts Alliance and 2008 fellow in Choreography from the New York Foundation of the Arts. He is one of the most prestigious names on the international tap scene today. He is recognized worldwide for his superior musicianship and his highly individual style as the first person to merge authentic Afro-Cuban music and dance with American rhythm tap and body music to create RumbaTap. Originator of Cuba’s first tap festival, he has been teaching and performing there since 1998, and has worked with Los Muñequitos de Matanzas, Cuba’s top Rumba group, Chucho Valdés, Lila Downs and jazz legends Ray Brown, Phil Woods, Paquito D’Rivera, Slide Hampton and Danilo Perez. He is also recognized for making European and South American classical music more accessible by playing with classical ensembles in prestigious venues like Vienna’s Konzerthaus, Musikverein, Havana’s Teatro Nacional and Teatro Amadeo Roldan. He has performed with members of both the Vienna Philharmonic and the New York Philharmonic as well as the Duluth Superior and Plano Symphony Orchestras, with the latter two as soloist in the Morton Gould Tap Dance Concerto. On faculty at Sarah Lawrence College, he travels the world with his group RumbaTap and is about to release his first CD recording.
Show more
Show less
ROXANE BUTTERFLY 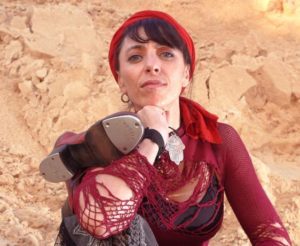 Sought after for her exceptional talent as an improviser, Roxane Butterfly has been a prominent tap dance figure for tap dance for almost three decades, both in the United States but also in Europe.Born in Toulon (South of France), she is the first woman in the history of “tap dance” to have won the prestigious Bessie Award (at the 1999 Joyce Theater in New York). She represents a direct link to the generation of her mentors, the Original Hoofers.A real icon of the underground tap movement, she is particularly known for her daring musical experimentations in musical worlds distinct from the classic jazz tradition (from free jazz to classical music via flamenco, Arabic and Indian music, electronics etc… The great musical quality of her percussive dance has earned her the unanimity of dance and music critics who have compared her to musicians as exemplary and diverse as the legendary jazz John Coltrane and the king of minimalism Steve Reich. Her commitment tolive-music and relentless efforts to re-establish the tap presence in the jazz and world-music festivals, have been supported by many funding organizations, such as the New York Foundation for the Arts, Lower Manhattan Cultural Council, USArtirsts International, John Simon Guggeheim Foundation, Harkness Dance Center, Meet The Composer etc… Roxane has been invited toperform and lecture at multiple music festivals around the world such as Jazz in Toulon (France), the Nice Jazz Festival (France), the Festival of One World to the Other (Festival D’ Un Monde à l’Autre in Lyon, France), Nuits D’Afrique (Kola Note, Montreal). HerDjellaba Groove project opened the world-famous GlobalFest at the Public Theater (NYC 2006), Summerstage (NYC 2006), Lincoln Center OutDoors (NYC 2007) and so on… She also has performed as a soloist with the Stamford Philharmonic Orchestra, The New York Virtuosi Orchestra, The Indianapolis Symphony Orchestra, the Cab Calloway Orchestra, and had the opportunity to collaborate for two decades with the pioneering production of Tamango´s Urban Tap. Renowned choreographer whose works have been as diverse, applauded or controversial, Roxane has established the presence of tap dance at many international dance festivals and venues such as the American Dance Festival in Durham (2004), Harkness Dance Festival (NY2005), ImpulsTanz enVienne (Austria, 2002), DanceSalad (Houston 2002), Institut del Teatre (Barcelona 2010), etc. She is the only tap dancer woman of her generation to have led a solo career under her name,Original in Africa, the Middle East, Europe, North and South America, Asia and the Caribbean. Appreciated for her educational talents, Roxane has taught at major American universities and Broadway musical school.In 2011, she founded the Jimmy Slyde Institute in Barcelona (JSI), a workshop and cultural center honoring her mentor Jimmy Slyde, the great master of bebop tap, who named Roxane: “Butterfly”, when they met in 1991 in NewYork.JSI is dedicated to the transmission, preservation and innovation of tap dance.Roxane shares her time between Barcelona, New York and Paris.
Show more
Show less
TAMANGO 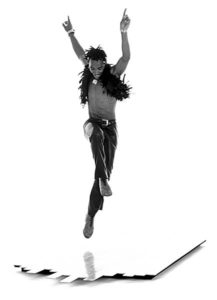 Tamango is a dancer, musician and painter whose revolutionary approach to tap transforms his dance into music with a sharpened sense of style and awe-inspiring fluidity. Born in Cayenne, French Guiana, Tamango moved to Paris at age eight and began a formal education in art. He started tap dancing in his early 20’s at the American Center in Paris and entered the renowned school of Beaux Arts in Paris before moving to America in the mid 80’s. His first major performances in the early 1990’s included The Majesty of Tap at Lincoln Center, New York; Philippe Decoufle’s 1992 Winter Olympics in Albertville; and the Opera de Paris in Peut-on Dancer un Paysage, directed by Min Tanaka and Karel Appel. He has shared the stage with dance legends Gregory Hines, Bunny Briggs, Jimmy Slyde, Chuck Green, Buster Brown, Lon Chaney, Sarah Petronio, Tina Pratt and Savion Glover. Tamango has collaborated with musicians Bobby McFerrin, David Murray, Chucho Valdes, Christian McBride, Barry Harris, Charlie Hunter, Richard Bona, Cheikh Tidiane Seck, Elvin Jones, Giovanni Hidalgo, Zakir Hussein and gnawa master Mahmoud Guinea. In 2002, Tamango was featured in a documentary about his life on the French-German television channel ARTE. He appeared in Stomp’s Imax film, Pulse, and on RFO Guyane national Television. He has also performed in a music video with Tony Bennett. Tamango was a featured performer in the American and Australian productions of Riverdance in 1996. He co-directed and collaborated with hip hop master Rennie Harris on a production titled Cool Heat, Urban Beat which premiered at the Edinburgh Fringe Festival and toured throughout the world. A master tap dancer, Tamango incorporates a unique blend of jazz tap and Afro Caribbean dance which the press has recognized as his signature style. For over 15 years, Tamango has been a major force in the downtown New York City scene performing at underground joints and clubs like SOB’s, The Cooler, P.S. 122, Metropolis and the Supper Club. He later developed his work into URBAN TAP, a full ensemble evening bringing together a global mix of dancers and musicians in tap, capoeira, hip hop, jazz, Afro-Caribbean and other styles — presented at The Kitchen in 1999 and for which he received a Bessie/New York Dance and Performance Award (2000). While he continues to tour with Urban Tap, Tamango is also engaged in starting a center for creative activity in his native French Guiana. In 2005 he was the sole tap dancer to receive the Kennedy Center Masters of African American Dance Award, and the youngest recipient. His latest work is Bay Mo Dilo (Give Me Water), based on the rhythms and mythology of his Creole culture. In 2007-08, Tamango was a guest artist in the French production of In Search of Josephine, a project bridging the times of Josephine Baker and “La Revue Négre” with modern day political strife and racism issues revolving around New Orleans and Hurricane Katrina. At the invitation of the Kodo Drummers of Japan, Tamango and his company were invited to the 2006 Earth Celebration – a three day pilgrimage to Sado Island, Japan – home of the Drummers and site of this annual celebration. The collaboration and melding of the two companies drew record crowds and Tamango was invited to return in 2007 for their 20th Anniversary and collaborate with artists throughout the world. Another recent project, Stepping Out, was a co-production of Urban Tap and the International Dance Festival Ireland. This project brought together traditional Irish musicians (fiddle, accordion, guitar) and a sean nos step dancer, Seosamh O’Neactain from the Connomara territory with a bongo palyer from Haiti, a jazz trumpeter from Italy and Tamango. For a week of collaboration leading into 3 sold out performances, the group closed the annual festival in Dublin with great success.
Show more
Show less