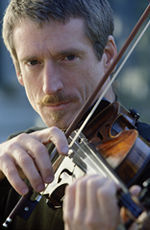 CAJUN BAND | Open to All Levels | Required Skills: None
Form your own Cajun Band with guidance from members of Bayou DeVille!

Jonno will also be available to give Accordion Mini-Lessons, just as Jonno for more info!

Jonno Frishberg is currently living in Breaux Bridge, and is employed by the St. Martin Parish School Board to teach music in the Gifted and Talented Program. He is also the weekend bandleader (Bayou Deville) at Mulates Restaurant and Dancehall in New Orleans, which is run by the man who created the original Mulates in Breaux Bridge during the 80s. Jonno was a local back then, and had the pleasure of listening to, and sitting in with, the bands who played there weekly: Octa Clark and Hector Duhon, D.L. Menard, Dewey Balfa, Steve Reiley, Wayne Toups, Beausoleil, Pat Breax, Jimmy Breaux, Faren Serrete, File, and others.

Jonno was the psychedelic Cajun-rock fiddler for the short-lived, but cutting edge “Cajun Rock” band, Mamou, and recorded on their first two CDs- Jungle/MCA, and Rounder. Before this, Jonno’s first Rounder record was with Richard Thompson, Sonny Landreth, Michael Doucet, Pat and Jimmy Breaux-“Cajun Brew”. Jonno has recorded with Danny Collet (Flying Fish), Charivari (Rounder), and many others, but also has his own label: New Range Records. Bayou Deville’s frist record (See Sharp and Be Natural) is on New Range, as is Jonno- South to Louisiana, and Eva Frishberg’s first CD, Waking Up.

Jonno is not a Cajun. Jonno came to South Louisiana from Maryland in 1979, not yet twenty years old, to work offshore in the oilfield service industry. There he discovered Community Coffee, rice and gravy, and the people. He has resided in either Acadiana, New Orleans, or both, since.

Also in the mid 80’s, Jonno began teaching youths and adults in Breaux Bridge and around Lafayette to play fiddle and guitar. He played in a variety of bands, including the Acadiana Symphony Orchestra. Later, he taught himself to play the Cajun accordion, and eventually ended up as the accordion player in Charivari (also a songwriter, singer and fiddler). During his 6 years with Mitch Reed, Randy Vidrine and Bo Ledet, Jonno and the other band members were the staff band at Ashokan Fiddle and Dance, both for Southern Week, and for the New Years Camps. He has also been on staff for ten years at the Dewey Balfa Cajun and Creole Heritage Week. Jonno has given numerous workshops, and taught numerous classes at many levels, both on fiddle and accordion, and has used guitar and triangle extensively while teaching. Jonno is also on staff at the Louisiana Folk Roots Cajun for Kids camp, along with David Greeley, Brazos Huval, Yvette Landry, Gina Forsyth, and others.