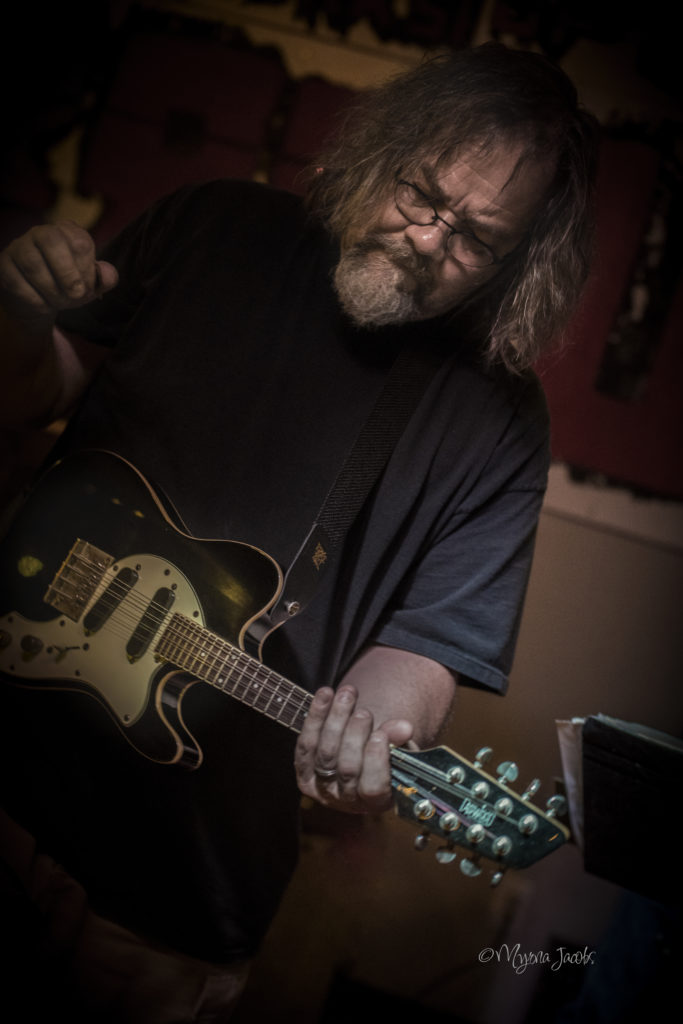 Don Julin, author of the best selling “Mandolin For Dummies,” has developed a reputation as being one of the most eclectic mandolin players on the scene today. His Mr. Natural Project is a blend of bluegrass, jazz, reggae, rock, and jam band, featuring some of Michigan’s ﬁnest including Joe Wilson (Steppin’ in It), Kevin Gills (Billy Strings & Don Julin), Wes Ivan (The Ol’ Microtones), Dave Collini (Rusty Blaides), and of course Don on mandolin. Come see for yourself why people say, “These old dudes can really jam!”

… Don attacks his instrument like the fury unleashed from a metal band but with the delicate hand of a fine line artist … on several occasions I had to make a point to lift up my chin to shut my mouth, because it was a jaw dropping set.NO DEPRESSION
I’m always personally interested following artists compelled to push boundaries and challenge convention, especially when they can pull it off like the new “rules” were really there all along. Don has carved his new role as an internationally successful producer, teacher, performer, and composer—a lot of hats to wear for a simple mandolinist. He’s an inspiration to us all, and a captain in the charge to do something different with our little eight-string wonder.Ted Eschliman, Writer/Music Industry Consultant, JAZZ MANDO
… when Don Julin plays, it’s clear that the song he hears in his head is, indeed, pretty wonderful, and it is a testament to his tenacious work-ethic and creative spirit.Hermon Joyner, THE MANDOLIN PLAYER